May 11, 2020 : The Importance of Managing Resilience and Self-Care

Obsessive-Compulsive Disorder in Singapore: the most common form of Abnormal Psychology

Obsessive-Compulsive Disorder in Singapore: the most common form of Abnormal Psychology

On 11 December 2018, a nationwide study in Singapore found that Obsessive Compulsive Disorder (OCD) is one of the most common mental health conditions.

After major depressive disorder and alcohol abuse, OCD has ever affected one in every 28 Singaporeans. Recurring thoughts and impulses are a few characteristics of this disorder; it may even negatively affect a person’s daily life when severe.

Researchers from the Institute of Mental Health (IMH) and Nanyang Technological University (NTU) stated that younger Singaporeans (18-34 years old) had a higher chance of having OCD then those who were above 50.

OCD is one of many examples of mental disorders which is encompassed by the study of Abnormal Psychology.

What is Abnormal Psychology?

In a clinical context, Abnormal Psychology is a branch of psychology that deals with psychopathology and abnormal behavior. The term covers a broad range of disorders, such as depression, obsessive-compulsive disorder (OCD) and personality disorders to name a few. Counselors, clinical psychologists, and psychotherapists are people who work directly in this field.

Instead of distinguishing what is normal and abnormal, the main focus should be on troubling behavior of an individual which causes disruption or distress. If this behavior is disruptive to the person or people around them, mental health intervention would be required for this “abnormal” behavior.

What are the different types of psychological disorders?

Psychological disorders are symptoms which are behavioral or psychological which form a pattern, that could affect several areas of a person’s life.

Categories of such disorders includes but are not limited to:

We offer Professional Certificates for those interested in short courses that provide basic understanding of Abnormal Psychology. Our Diploma courses are endorsed by Association of Psychotherapists and Counsellors (Singapore).

Click here to check out the complete list of the numerous certificate and diploma programs which ASAS offers. 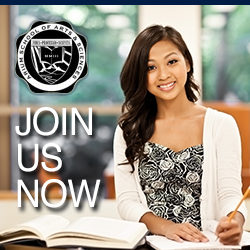