December 15, 2021 : We are looking for Emotional Fitness Facilitators 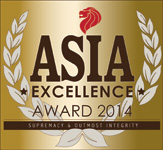 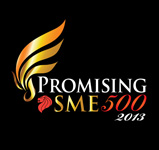 In Year 2013, Arium School of Arts & Sciences (ASAS) was awarded the Promising SME 500, 2013 Brand by the Small Medium Business Association of Singapore (SMBA).

The Promising SME 500 is an initiative hall-marked for the Top 500 Promising home-grown SMEs in Singapore and will serve as a national platform in recognition of a company’s achievements.